This space is meant for the people in the resistance movement to tell their stories.
Join our newsletter to keep you informed.

The Fight of Electricians

On October 11, 2009, workers of Luz y Fuerza del Centro were thrown into the street by a presidential decree issued by former President Felipe Calderon. 4,000 electricians lost their jobs overnight without receiving any notification about it.

This way, the government continued its proposed privatization of electricity. Although most workers accepted the severance offered by the government, 16599 rejected it and decided to fight to get their jobs back and keep their union alive.

Electricians formed a resistance movement that has gone through collective hunger strikes, demonstrations,the losing of members as political prisoners, caravans, lawsuits and complaints like the one presented to the Inter-American Court of Human Rights.
In a scenario of hasty approval of the Energy Reform Act which will culminate in the privatization of the sector, electricians continue starring a battle for the right of and justice for the worker. 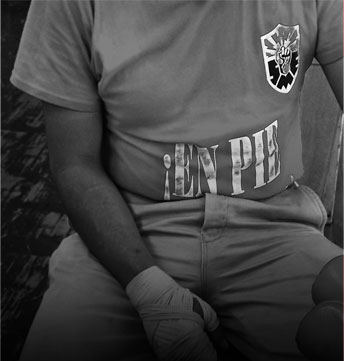 16599 TRANSMEDIA present
The struggle of the SME electricians

The struggle of the SME electricians has been one of the longer and relevant movements in the history of the Mexican working class resistance, supported by a guild that for a century declared principles of social equality.